The organization operating under the brand name of the limited liability company "Aquamir" is a manufacturer from Russia that creates high-quality cosmetic products. This liquid soap and a variety of detergents of various profiles, which are used for washing, as well as other chemicals for a wide range of applications. In addition, we are engaged in franchising. It grants marketing rights on behalf of our brand. We always use only gentle chemicals that do not harm human health and the environment. High-quality technologies are used, thanks to which the process of manufacturing goods is environmentally friendly. Our trade mark called "Sidel" is patented, has the necessary certificates and other documents of permissive format. The activity is fully protected by copyright law. In addition, upon receipt of certificates, all procedures were carried out in accordance with the established procedure. 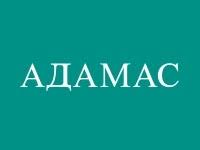 The brand called ADAMAS is the most recognizable jewelry trademark in the Russian Federation. According to Ipsos Comcon 2015, gold is a commodity with high liquidity. It should be noted that jewelry is not subject to aging, it has no expiration date and always has a stable demand, the price never falls. The demand for gold does not depend on seasonal fluctuations, whatever the exchange rate. Gold always wins, jewelry is also not subject to inflation, as it is made of precious materials. ADAMAS has been the largest jewelry manufacturer in the Russian Federation since 1993. There are 230 ADAMAS stores operating in the Russian Federation. These are branded points that carry out office work. In addition, in Russia, you will hardly find competitors who, in terms of competitiveness, would be equal to our brand. 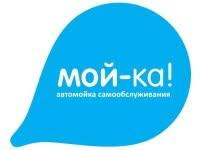 A brand called "My-ka!" is a network of car washes that provide self-service. This network was founded by a distributor of the D&S organization, which originally appeared in the United States of America, and at the moment it also operates in the Russian Federation. As of June 2014, 10 branches have already been opened. They had already carried out their activities, in addition, there were 14 car washes at the final stage of construction. Information on the number of establishments that operate according to the franchising model is not provided in open sources, such information is difficult to find. The cities of the network's presence are Rostov, Voronezh, Tambov, Moscow and Lipetsk, as well as other cities of the Russian Federation. In a place with a franchise, we provide the following benefits, for example, you can fully exploit the brand called "My-ka!"

Conditions for the implementation of a business project: You need to make a lump-sum contribution in the amount of three thousand five hundred American dollars. Investments will vary in volume, but will amount to no more than forty thousand tenge within a month, it will be possible to recoup the investment only in a period of two to three months. Create a franchise: You will need a package of documents. In addition, we will provide you with sales scripts, they will allow you to effectively sell the product; by regions, you will have a database of participants at your disposal, you can use it for the benefit of a business project; within the framework of advertising, you will receive support on a monthly basis, we will give you the opportunity to effectively carry out advertising campaigns, thereby ensuring effective demand on an ongoing basis.

Is there a video

We sell jeans from a German brand called "MUSTANG". In addition, we sell denim and leather jackets, sell clothes for women, and sell various types of footwear. Available in a wide range of colors. In addition, we sell additional products, such as accessories. We also carry out the sale of underwear. "MUSTANG" is a brand that sells clothes in a classic style and focuses on fashion trends. Our factories are located in Asian countries, in Africa, also in Turkey. Control of the production process is carried out by an agency that belongs to us and is located in Hong Kong. Professional specialists carry out their activities there. In addition, we engage independent experts for control functions and to maintain a high level of quality.