About the company "Sigur" is a training center that allows you to train highly qualified specialists online. Today, distance education is rightfully considered the most demanded in the whole world. We have our own training platform, which is constantly updated, and an individual approach to each client, so that everyone has the opportunity to undergo training from anywhere in the world. About us: more than 10 years of experience in compulsory education; more than 100,000 students; 5,000 - average check; more than 50 cities of study; 2,000 corporate clients; 122,880 hours of training.

Open your school Smart School The educational services market is one of the most dynamically developing. At the moment, the demand for private education is constantly growing and exceeds the supply. Open a Smart School and become a profitable business owner. Quality education will always be in demand! Open a Smart School and become the owner of a socially significant business with high profitability. Smart School is a network of progressive schools that operates according to the Finnish educational model, which focuses on the physical, mental and psychological health of students. Therefore, in Smart School, children study hard, actively carry out changes, including in the fresh air. The school implements projects that prepare children not only for exams, but also for real life. 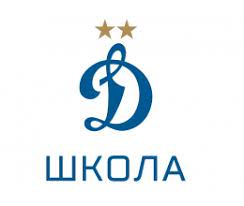 A football club is hidden under the Dynamo Moscow brand; it is one of the most famous, titled and oldest clubs in the Russian Federation. This name is well-known, everyone knows Dynamo, it is popular. If you purchase our franchise by interacting with the Dynamo Football Club Academy, then within the framework of this product you can get the opportunity to train according to specialized methods that have helped to educate a huge number of football players who have become professionals in their field. In addition, you will be able to work under our brand, represent the colors of the organization, which is the club that has brought up the best players of the Russian Federation. By this you will support our club, which is one of the most titled, successful and technologically advanced in the territory of our large state. The best achievements of our organization, the Dynamo football club: we have won the title of champion of the Union of Soviet Socialist Republics 11 times; 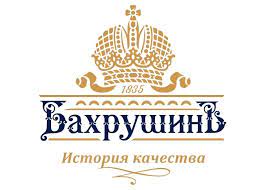 OUR MAIN OBJECTIVE We are a team of young and enthusiastic professionals, with a single mindset and goal. Without deviating from traditions, ahead of time, providing positive emotions in contrast to the usual names. We develop products, orientated to everyone, taking into account the wishes of customers. The values of our company are honesty and transparency respectful attitude and a guarantee of creative thinking ready for changes following innovations WE ARE TRUE TO QUALITY LLC Myasokombinat Eco has been creating sausage delicacies and meat-containing products “Bakhrushin” for five years. The plant was opened in 2012 in the Moscow region based on European standards and requirements, equipped with the latest Austrian technology.

Description of the franchise store of accessories for phones, gadgets and portable equipment "Dr. Case" Today, retail trade in accessories for mobile devices, their repair, as well as portable equipment and gadgets, is a high-margin business in a fairly competitive environment, which ensures the highest level of profitability at 400 - 500%! At the same time, the level of investment in the project is in the range of up to 1,000,000 rubles.