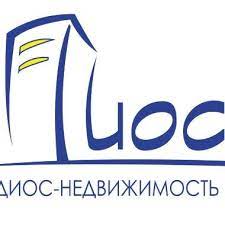 The brand called DIOS-Real Estate provides an opportunity to efficiently and competently carry out office work. Cooperation means that with our support on a regular basis to carry out all the tasks, coming to success. You will be able to open your own business facility in the shortest possible time, you will have at your disposal a real estate agency that will develop, successfully expand, and at the same time it will have all the necessary tools at its disposal. To do this, we will provide you with tools, instructions on how to competently carry out office work. You will run your own successful agency that will help consumers solve real estate issues. History of the organization: a limited liability company called the firm DIOS or DIOS-Real Estate is a professional realtor who has been working on the market since 1993.

The brand name Blank Slate is nothing more than a Federal-level agency that specializes in protecting borrowers. Provides assistance to those persons who cannot independently cope with the repayment of problem loans. It is worth mentioning that more than 20,000 consumers who have contacted us have solved the problem using our support. The mission of our organization is as follows: • We provide professional assistance to those people who need to write off loans • We provide protection from collectors, peace will return to their families, they will be able to get rid of problems. In times of crisis, this kind of business project is especially relevant. According to analysts' forecasts, the loan market will constantly grow, which means that our organization will always be able to protect its consumers who are in a difficult situation and need some kind of support.

The first salad bar in Moscow under the My Mix brand has a high-class concept, which we developed in accordance with healthy eating standards, moreover, we serve consumers promptly, and our own concept was adopted as a basis. This concept was born in New York, then it spread throughout the world, as it is a very successful project. Within 10 years, this idea began to operate on the territory of European countries; now there is no major capital or city in Europe where there would be no salad bar network. We wish this concept to appear on the territory of the city of Moscow as well. More and more consumers want to know where to find delicious, healthy, fresh and affordable food. The My Mix brand gives an opportunity to answer this question, it is the next generation fast food that does not harm health, it will effectively spread its influence on the territory of the Russian Federation. 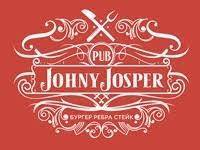 Writing a franchise for the implementation of activities in the restaurant business under the brand. Many guests of our establishment say that we really know how to cook delicious steaks and burgers. We carry out activities in the format of a modern cultural pub, it is suitable for true connoisseurs of meat dishes. In order to prepare our dishes, we use the best breeds of cattle called black angus, moreover, these animals are fed exclusively with grain, and meat is cooked over an open fire in a josper. Our menu includes many signature snacks, they are ideal for wine products. We also prepare ribs and burgers, and we do it flawlessly, and there are also special offers that are very interesting for consumers. You can also try our chef's desserts, there are weekend brunches, and kids have their own menu. 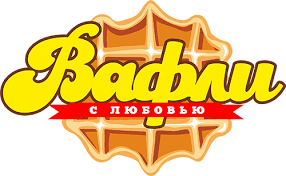 Brand Waffles with Love from a franchise family cafe. The Wafli s Lyubov trademark combines many unique concepts that are being implemented under the auspices of a family cafe in a new format. The main task of our organization is to make the customers who come to us feel the pleasant atmosphere, feel the warmth, enjoy the comfort. One of the important defining features of our business is love for the business that we carry out, as well as for those guests who come to us. We have an almost limitless target audience, we can interact with almost any consumer; we use only the original recipe, creating the menu, we remember the most important thing, we really love the business that we are implementing. The format within which he trades: 1. We carry out activities in the format of a food court; 2. It can be an island in the territory of a shopping or entertainment center;